Status of appeals to High Court

In the latter half of last year, we noted that there were a number of special leave applications before the High Court; Fortunatow, Dental Corporation, Ms Addy etc. Below is a status update of some of those cases of interest.

The High Court has recently dismissed the taxpayer’s application for special leave in the matter of Commissioner of Taxation v Fortunatow [2020] FCAFC 139 The effect is that the Full Federal Court decision stands that being the taxpayer, Mr. Fortunatow did not satisfy the unrelated client test under the personal service income (PSI) provisions of the Income Tax Assessment Act 1997 (ITAA 1997).

The unrelated clients test is one of the four personal services business tests that if met will prevent PSI derived by a personal services entity from being attributed to the individual who generated that PSI. A detailed analysis of the unrelated clients test in the context of this case is beyond the scope of this article. The facts can be summarised as follows. Mr. Fortunatow was a business analyst. Through contracts between his company, Fortunatow Pty Ltd (Company) and various recruitment or similar agencies, he was engaged to supply services to various clients. Mr. Fortunatow maintained a LinkedIn profile which identified his past experience, skills and contained information as to his availability. Mr. Fortunatow argued that the LinkedIn page containing his profile constituted making an offer or invitation to the public within the meaning of s.87-20(1)(b) ITAA 1997. Some of the intermediaries contacted Mr. Fortunatow as a result of his advertising on LinkedIn and that resulted in the services being provided in five out of the eight contracts between the Company and the relevant intermediary. The services in relation to the remaining three of eight contracts were provided as a result of Mr Fortunatow’s relationship with the relevant intermediary recruitment company.

To satisfy the unrelated client tests require (amongst other things) that the services that generated the PSI are provided as a direct result of the relevant individual or personal service entity making offers or invitations to the public at large (or a section thereof).

The Full Federal Court held that the expression “as a direct result” in s. 87-20(2)(1)(b) ITAA 1997 created a requirement for a direct causal connection between the services provided and the offer or invitation to the public. There must be some influence that the offer/invitation has on the client’s decision to obtain the relevant services; and this necessitates an inquiry about what caused the client’s decision to obtain the services. None of the clients for the eight contracts were called to give evidence. Whilst email exchanges with these clients were attached to a statutory declaration made by the taxpayer, the evidence was found to be problematic and did not establish that the clients relied upon any form of advertising by Mr. Fortunatow’s in relation to the services he provided.

Editor comment: The decision of this case confirms that in order for the unrelated clients test to apply, there must (amongst other things) be a causal connection between the making of offers or invitation and the provision of the relevant services. This in turn raises the question of the nature of evidence that the ATO will accept as sufficient to establish the requisite connection. Given the extensive usage of social medial platforms for networking, marketing, etc, the author queries whether the decision of this case now makes the legislative exclusion more difficult to attain.

The case also highlights the reluctance of a court to rely on evidence that does not allow it to judge a party’s reasons.  One wonders if the result might have been different if the clients had provided statutory declarations (rather than Mr Fortunatow doing so), as the court may then have been able to form a view about whether the required influence had occurred.

In the November edition of the Assessment we considered the status of worker as an employee or independent contractor for superannuation guarantee (SG) purposes in the context of Dental Corporation Pty Ltd v Moffet [2020] FCAFC 118  (Moffett case). At the time of writing Dental Corporation had sought special leave to appeal.

The High Court recently has disallowed the appeal, meaning the decision of the Full Federal Court stands; Dr. Moffett (whilst not a common law employee) was an employee under s. 12(3) Superannuation Guarantee (Administration) Act 1992 (‘SGAA’).

‘If a person works under a contract that is wholly or principally for the labour of the person, the person is an employee of the other party to the contract.’

Editor comment: It should be noted that s 12(3) of the SGAA is only one of several provisions that extends the scope of who is an employee for SG purposes. This case is an important reminder that SG can apply to independent contractors. Given the recent focus on the status of ‘independent contractors’ for various aspects of Federal and State taxation (an example being payroll tax as seen in the Optical Superstore litigation), businesses should understand the inherent risks and develop a framework to minimise those risks for existing and future arrangements entered into with bona-fide contractors. The cost of getting it wrong can be extremely expensive.

The High Court has granted the taxpayer special leave to appeal against the Full Federal Court decision in the test case Commissioner of Taxation v Addy [2020] FCAFC 135. The Full Federal Court had found in favour of the Commissioner that the anti-discrimination provisions under Article 25 of the Australia Double Taxation Agreement with the United Kingdom (DTA) was not enlivened such that the so called backpacker tax applied and Ms Addy was not entitled to benefit from the tax-free threshold available to Australian resident taxpayers.

In brief, Ms Addy a British citizen, lived in Australia from 20 August 2015 to 1 May 2017 (apart for a 2-month period in early 2016 when she toured Southeast Asia). For most of her time in Australia she lived with a friend in shared accommodation (and contributed to the rent, utilities expenses). The house was the base for her social life in Australia and was the postal address including for official documents. It was found that Ms. Addy was a resident during the 2017 income year by reason of the 183-day test. The Federal Court held that the imposition of the ‘backpacker tax’ was discriminatory and thus an infringement of Article 25 DTAA. This meant that Ms Addy was only liable for tax calculated using the tax rates that generally apply to Australian resident taxpayers. The Commissioner appealed to the Full Federal Court against this decision, and the Full Federal Court found in favour of the Commissioner.

Editor comment: The ATO had previously released a statement to “clarify the likely impact” of the Federal Court decision that being the decision will only have application to working holiday makers from the United Kingdom, Germany, Japan, Finland, Chile, Norway and Turkey; and only if the working holiday maker is a resident of Australian for tax purposes. This suggests that the decision of the Full Federal Court is also limited in its application.

This article provides a general summary of the subject covered and cannot be relied upon in relation to any specific instance. Webb Martin Consulting Pty Ltd and any person connected with its production disclaim any liability in connection with any use. It is not intended to be, nor should it be relied upon as, a substitute for professional advice. 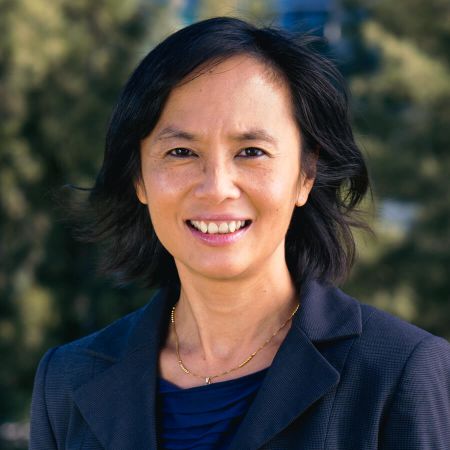 This article was prepared by Cynthia Voon. If you have any questions, or wish to seek advice on matters referred to in this article, we can be contacted on (03) 8662 3200 or consult@webbmartinconsulting.com.au.